We had a bit of excitement yesterday when the whole of Severalls Business Park, including the part in which we are based, was brought to a standstill becasue of a mystery chemical/fume release. A group of council workers in one of the nearby buildings reported feeling unwell as a result of inhaling fumes and before we knew it, the estate was cordoned off and a 400m exclusion zone had been created. At one point we had numerous police cars, 6 fire engines and 12 ambulances in the area and even the BBC Look East news crew.

Fortunately, nobody was seriously affected and we even managed to get a nice advert on prime time TV as one of the shots showed two of the firemen walking back towards the control post: 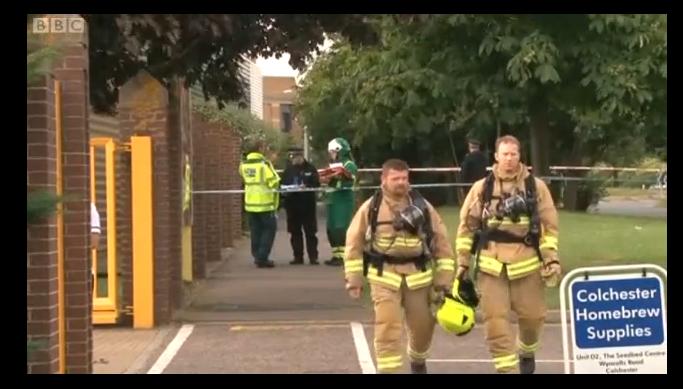 The estate returned to normal about 7.00pm last night and we have been allowed to open as normal this morning.